On Monday, 3 June 2019, European Boating Industry held its Assembly General and Council meetings in Split, Croatia. The Assembly General elected the new Council which will act as the governing body of the association for the next 2 years.

Carlos Sanlorenzo (ANEN – Spain), Robert Marx (BVWW – Germany), Jean-Pierre Goudant (FIN – France), Piotr Jasionowski (POLBOAT – Poland) and Piero Formenti (UCINA – Italy) were re-elected as Council members. All the Council received the full support of the members.
The Council unanimously appointed Jean-Pierre Goudant as the President, recognising his efforts in strengthening the association, while Carlos Sanlorenzo and Piotr Jasionowski were appointed Vice-Presidents. In addition, Carlos Sanlorenzo will be acting as Treasurer.

The new President thanked everyone for their support and stressed the importance of an active European presence in such an important phase for the Continent and advocated for an unified voice to bring the interest of the industry in Brussels: “European Boating Industry is the cornerstone around which we will continue to build our presence and have our key messages heard in the EU institutions and with the relevant stakeholders” 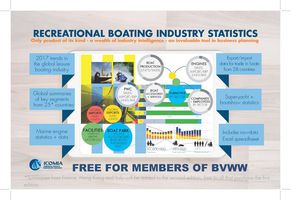